(Fire update:  Not as nearly good news today.  The fire jumped the River and fire lines and started a second fire working its way up the canyon, about linear miles from my parents' house.  The fire has actually gotten into some of the structures of the nearest town as well.)

This week  I had need to talk to a lawyer - nothing alarming, just the fact that given all we have been through over the last two years, a will and certain directives (Power of Attorney, Do Not Resuscitate, etcetera) are in order . We had a pleasant initial conversation and later in the day I received the letter of engagement  along with fees for service.  There is a ranking of fees, based on whether one is an attorney, a law student, a paralegal, or a clerk (the caveat, of course, is that none of them "get" all that money; some always goes to firm).  It a helpful tool in terms of speaking with them going forward; knowing the going rate, one can ask the question "Do I really need to talk to them?" 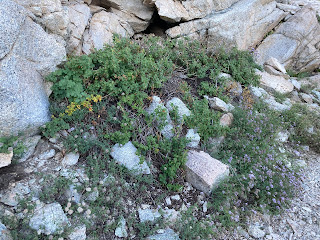 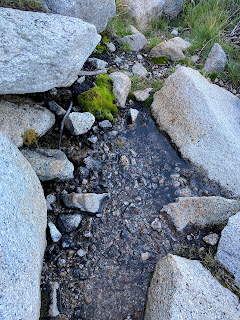 I have a value as defined by my current position, as I have for my previous positions.  It is not just my salary (as our Personnel departments are always quick to tell us), but a combination of salary, benefits, and the other sorts of "extras" that may accrue.  In my daily work life, I do not consider this as much as I should - often I am too eager to do something or get involved when the real question should be "Is this truly worth my time?"  The value of my time gets lost in such a thing of course, because in point of fact I am employed by the company and so at some level, I need to do the work - there is no method for me to "make people use my time wisely" by charging them more.  But neither is there value in doing the sorts of things that - literally - are not worth my time.

That said, how do I measure time and value in the real world? 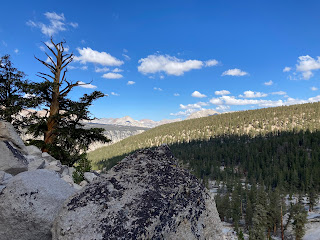 On our hike, we consumed days covering up to 15 miles a day.  The only value we realized is the value that we derived internally - and I suppose what is more ridiculous, we were paying for the experience so in that sense, we were not accruing financial value, we were expending it.  Most of us were likely on PTO; were we not, not only would we be paying for the privilege, we would be losing money every day we were on the trail.  Even our guides, bless them, likely made not a great deal of money - but if I asked them, they would  tell me this is exactly what they wanted to do.

And yet, I suspect not one of us regrets going. 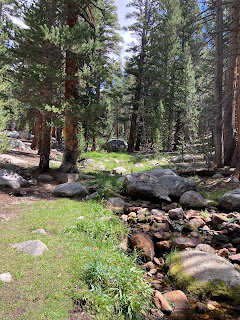 Friend of this blog Leigh Tate at Five Acres And A Dream will often comment how, during the high days of the harvest season, her time is almost completely spent in gathering and preserving the harvest.  There is no "cash" value to be realized for such an event, except for the inherent value of knowing where every scrap of food came from and having a larder full for the coming season that is not dependent on delivers making it to the grocery store or supply chains getting snarled.
But Leigh herself has often said that she does put a value on this - not just the cash value realized from their own independent living, but the value that it contributes to their own life, a value in a lifestyle of their choosing and how they are spending their time - a value, like that of our hiking guides, that is not purely realized on the basis of how much money is coming in for the time spent. 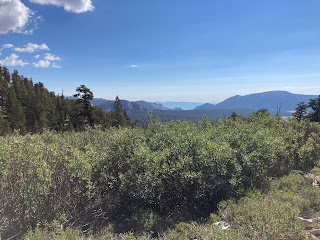 I do not suppose there is a clear answer here, as everyone will ultimately have a different understanding of this issue - for some, time and value should always be monetary and directly linked, for others one weighs more heavily than the other, and for others, they can easily shift back and forth based on the circumstances.  But what struck me as I looked at this list of costing was really the meaningful question to myself:  Not "Am I spending my time wisely?", but rather "Am I valuing what I do based on the time I spend doing it?"
Or asked a different way, do I truly understand the value of the things I am doing and the answer is a clear "No", why am I doing them?  And if that is true, would attaching a per hour cost of such things help me to see more clearly?
Posted by Toirdhealbheach Beucail at 2:00 AM