Given Winter's choice:
Flooding rain or clear cold sky,
I prefer neither.
Posted by Toirdhealbheach Beucail at 4:00 AM No comments: Links to this post

Email ThisBlogThis!Share to TwitterShare to FacebookShare to Pinterest
Labels: Haikus

I am not the sort of fellow that pays a great deal to physical reactions.  They come, they go, I really do not pay attention.  But something happened today which gave me pause.

I was heading in to work (because apparently that is what responsible people do on public holidays).  I had a few tasks I had to attend to and oddly enough, the most productive days of work are when no one else is actually at work (makes those pesky e-mails and interruptions disappear!).

As I turned onto the road leading into work, I could feel my stress levels rise.  Visibly.  My heart started pounding and my anxiety levels (or whatever the hormones are that cause those) started going up.  It was miserable.

And then it hit me - this is what it feels like, every day now, driving to work.  Miserable. Stressful.  Always feeling, for some reason, that I am just on the edge of a major collapse, of being yelled at, of realizing a failure that has come to pass.

It is a pretty lousy way to live, in case you were wondering.

Not really sure what to do with this.  Other than to note that it is actually happening.  That means something.
Posted by Toirdhealbheach Beucail at 4:00 AM 2 comments: Links to this post

So apparently No Spend January is a much bigger thing than I had anticipated.

There is a Book Of Face page for our neighborhood that is essentially one large trading page:  individuals place things with pictures and other individuals request to have them.  The only rule (apparently) is that you have to live in the neighborhood.  I had no idea such a thing existed, but The Ravishing Mrs. TB has spent the weekend slowly going through various things in the house and in the garage.  Small piles of bags have been appearing on our porch, only to disappear and be replaced by others.

One would be surprised at what other people want:  Reams of paper with themes on them.  Jewelry.  Sidewalk Chalk.  Kitchen Utensils.  Dried fruit.  Old brewing equipment.  Literally anything.

On the one hand, I am frankly amazed at this.  I have dealt with similar systems in the past and they were rather complicated, mostly because of the fact that people were everywhere and trying to co-ordinate took a lot of time.  With everyone in the neighborhood, it really takes no co-ordination at all  (yes, I suppose that means people know where we live, but if they want to revisit we surely have additional items we can give them).

On the other hand - yes, I know, everything represents money and in this case, money which is being "lost" (e.g. given away rather than sold). I am rather okay with this however; the ease at which things are flowing out of the house far exceeds the frustration I have experienced in the past with getting sales coordinated and the relatively meager financial returns.

Who knows?  No Spend January may well end up extending further into the year!
Posted by Toirdhealbheach Beucail at 4:00 AM No comments: Links to this post

This morning, perusing her e-mail, the Ravishing Mrs. TB said "Hey!  Christopher Cross is touring now. What did he sing?"

I had to thinking for a moment - I remember "Sailing", of course, and "Ride Like The Wind", and "Laura" (had to do a high school report on that song), "Never Be The Same", "Arthur's Theme", and "Leader of The Band".  (Apparently, in an interesting note, his song "Sailing" has now been transferred into is own category of rock music, Yacht Rock [circa 1975-1984)

She has already purchased tickets for the 2020 tour with Foreigner and Kansas and Europe this year.

She had asked if I wanted to go.  I said no, of course - crowds in public pretty much make me nervous now and I hate going to to anything like that - but it was a good moment of reflection about how, in the last five to ten years, almost all the groups from my musical youth have been out touring.

The hey day of musical expertise runs from approximately 1978-1985, which essentially overlaps my middle school and high school years (probably true of most folks, I suspect).  My musical knowledge extends a little farther into the past - for example, Led Zepplin feel into my musical box as well as Ozzy Ozborne/Black Sabbath and ELO - but not really much past 1985.  I believe this is the period of time known as "Classic Rock" - Foreigner, Journey, Van Halen (The original - and only - with David Lee Roth, let us be clear on that), ZZ Top, Genesis/Phil Collins, AC/DC, Styx, Loverboy - you get the picture.   Their music was a large part of my day, be it going to and from school, playing role playing games (with music in the background) or just in my room, listening.

Most of them did not make the transfer, of course.  The sound changed, the groups moved on or fell apart, new styles appeared and then disappeared in turn.  Some groups changed personnel pretty significantly (for me, changing your lead singer is changing your sound.  You do not remain the same group).  For those of us that grew up on them, our lives were relegated to radio and tapes (then CDs, then electronic files), re-runs in the past.

And then, all of a sudden, they started coming out again on tour.

The cynical side of me sees this mostly as opportunistic:  their fan base (like me) is now in the prime earning years of their lives (and tickets are not cheap, do not be fooled by the age of the performers), so it is an excellent opportunity to recharge coffers.  It is also, I suppose a chance for the bands to hear the roar of the crowd and feel the rush of performing in front of larger crowds and for the fans, to feel the way they felt thirty-five years ago. In some ways, for a brief time it can become a time machine reaching back to an early age.

But it also makes me somewhat sad.

For most of these bands, they tended to not produce after their glory years.  The songs they play now are the songs they played years ago. In a sense they are trapped within their own successes, somewhat doomed to play the songs of  thirty-five years ago, unable (I think) to move on at least commercially in these concerts - people are not coming for new and fresh material, they are coming to hear music of the past.  Their past.

Nostalgia can be a thing of tender beauty, a feeling that takes us back to a happier time or to a meaningful event.  But  I wonder if - by feeding this nostalgia regularly - all involved are not only reliving a time of their lives that they enjoyed but condemning entertainers and the entertained into a loop  which neither can ultimately escape from.

Surrounded by the past, none are allowed to move on to the present.
Posted by Toirdhealbheach Beucail at 4:00 AM 4 comments: Links to this post

"I have always thought that the best way to define a man's character is to seek out the particular mental or moral attitude in which, when it came upon him, he felt himself most deeply and intensively active and alive.  At such moments, there is a voice inside which speaks and says 'This is the real me'."
Posted by Toirdhealbheach Beucail at 4:00 AM No comments: Links to this post

Email ThisBlogThis!Share to TwitterShare to FacebookShare to Pinterest
Labels: A Few Words From 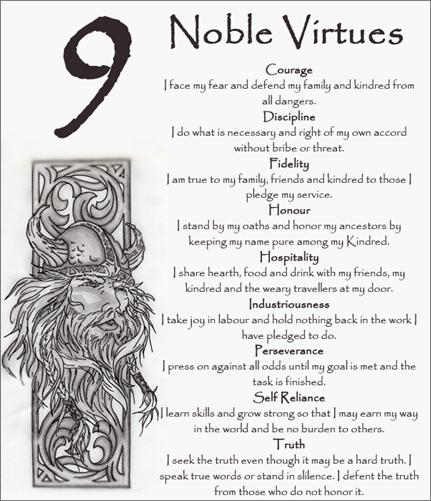 Posted by Toirdhealbheach Beucail at 4:00 AM 4 comments: Links to this post

The Collapse XLII: An Opinion Piece

Our power has again been spotty of later – although I admire whoever is on the other end of the power lines for continuing to keep what power the do on. They have done yeoman’s service in this regard, although to be completely honest I not sure what the point is, other than to give the window dressing to the concept that everything has not completely collapsed.

Enforced in-house living, due to the snow, has made for the re-inventorying of everything – both because it is a useful exercise and, frankly, keeps the mind occupied. I have gone through every room of the house (all 3 of them!), checking against the list and inventorying against the day that some of the items will have to be traded for something else.

In digging through my inventory of paper – junk mail, the local newspaper, and the like – I came across an opinion piece we had discussed when it came out (as I recall, anyway) about how once again we were literally within years of reaching the point of non-sustainability, that one with immediate and intrusive government action would life be able to be maintained at some level (interesting, how only government action is only, ever, the way to save the day).

I laughed to myself – somewhat bitterly- as I re-read ot/

One wonders where that opinion leader is now, or the hordes behind them that felt that only government action could stave off the end. The end, or at least an end, has come – ironically enough somewhat enabled by government action. The very body that was supposed to save everything has instead just enable the destruction of the same.

If they were in a city, their circumstances are hard right now, if not awful. I can imagine, even though I am not there: some hours of power, no food beyond what may be distributed, and the sinking feeling that nothing good is coming out of this situation. The very “government” that was supposed to save things has become the instrument for ensuring that (almost) everyone suffers equally. Despair, if not death, has taken hold.

Not to say that all of that is not true out here in the non-urban environment either. Almost all of the same items potentially apply, with the exception of the government ensuring we all suffer together. Government out here was only ever able to manage things a little in the best of times; now they have retreated to the core or to their own part of the countryside to make their way.

I pulled that paper aside to save to read again, perhaps in another year or so to amuse myself again. Or to keep ready when whatever comes after happens and people again believe that government is their only salvation.

Posted by Toirdhealbheach Beucail at 4:00 AM 4 comments: Links to this post

Email ThisBlogThis!Share to TwitterShare to FacebookShare to Pinterest
Labels: The Collapse
Older Posts Home
Subscribe to: Posts (Atom)
"Lord Naoshige said 'The Way of the Samurai is in desperateness. Ten men or more cannot kill such a man. Common sense will not accomplish great things. Simply become insane and desperate.'" - Yamamoto no Tsunetomo, Hagakure