The Elegance Of Decay

One of the things that confronts one when out in the wilderness is decay. 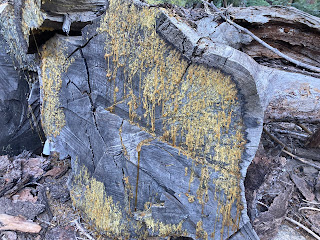 Decay is everywhere on the trail:  trees that have fallen and are in the process of breaking down, vegetation browning and or decaying, fungi and mushrooms signaling the recycling of nutrients from the soil. 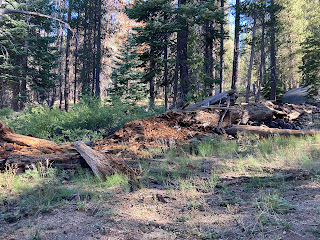 Especially at the higher elevations, decay becomes more noticeable simply because there is less decay.  There is a prohibition that there are to be no campfires beyond 10,500 feet elevation - not so much because of the risk of fire (although it is there), as much as consuming the available deadfall would destroy the soil building process.   Except for the trees, there is very little to create humus. 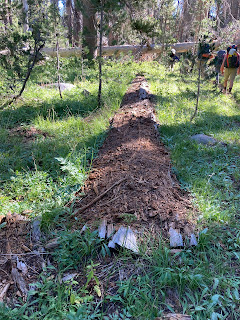 Interestingly enough, we are not as a species one that sees such decay for what it is:  the re-creation and renewal of life.  We like our scenery vibrant and alive.  Our cities and our yards are filled with organized growth and life; any scene or evidence of decay is quickly moved away by the ubiquitous landscape teams or the Saturday Home Yard Warrior. 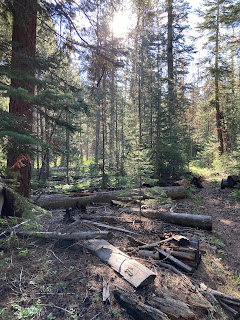 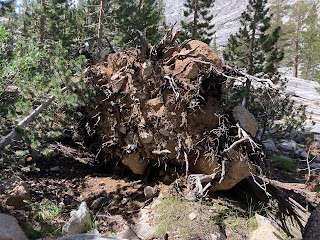 Scattered about in the wilderness, there is a certain elegance in the fallen trees and recycling vegetation.  It is not ugly or unsightly or even out of context:  it blends in beautifully with the scenery around it.  Not once did anyone cry out "Oh look, a dead tree".  Instead, they became part of the overall picture - and in some cases were marveled at. 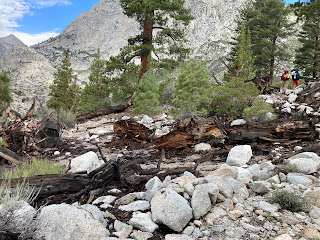 Trees break down in ways I had not appreciated until I saw them up close.  They break down almost into block like units; one can grab one in one's hand.  The angularity and regularity of the pieces are an odd contrast to the round, smooth bole we see in the trees while living. 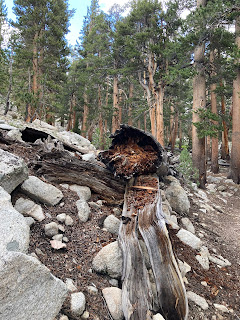 Even dead and standing up, the trees remain as sentinels, leaning into each other in a vain attempt to continue to remain above the ground, defying the decay that awaits them. 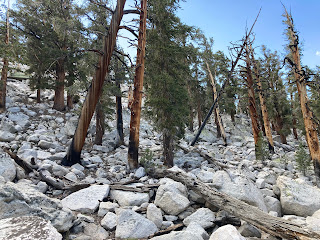 Fallen, the trees, assume other, fantastical shapes, shapes of animals and mythical creatures that they would never have achieved in their living state. 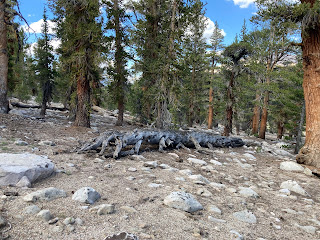 Sequoias were especially amazing; even in death they continue to change their appearance into unique items of beauty. 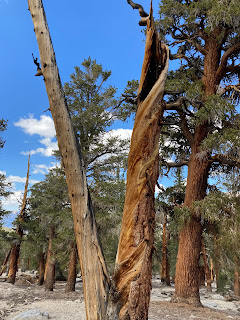 Below:  A tree literally growing out of a part that has fallen.  Out of death, life. 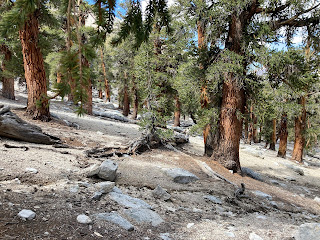 It troubles me that we take such things for granted in the real world.  So far removed from nature, we have forgotten the natural processes that make life possible. 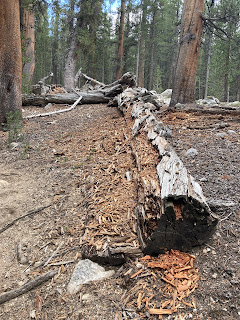 But forgetful or not, beyond most of our view and vision, the process continues. 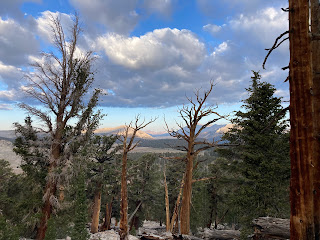