Clothed With Our Nature 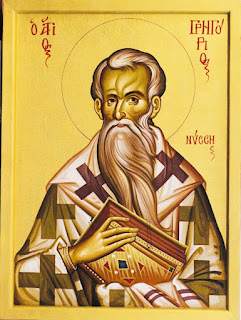 "That God should have clothed himself with our nature is a fact that should not seem strange or extravagant to minds that do not form too paltry an idea of reality.  Who, looking at the universe, would be so feeble-minded as not to believe that God is all in all; that he clothes himself with the universe, and at the same time contains it and dwells in it?  What exists depends on Him who exists, and nothing can exist except in the bosom of Him who is.

If then all is in him, and he is in all, why blush for the faith that teaches us that one day God was born in the human condition, God who still today exists in humanity?

Indeed, if the presence of God in us does not take the same form now as it did then, we can at least agree in recognizing that he is in us today no less than he was then.  Today, he is involved with us as much as he maintains creation in existence.  Then, he mingled himself with our being to deify it by contact with him, after he snatched it from death...For his resurrection became for mortals the promise of their return to immortal life."