Catching Up Is Hard To Do

The great initial "catching up" is done:  all comments responded to (as always, thank you all for conducting yourselves with dignity and reserve - best commenters on the face of the InterWeb), some catching up done (with a lot more to do on blogs - you all have been very productive!), laundry done and packed up, The Ranch more or less put in order for my departure.
I started a list of potentially posts based on the hike.  I think I came up with something like 30 different post titles, which is a bit stunning (and is going to take me more time than I anticipated - there is a lot I am not conscious of yet that happened on the hike). 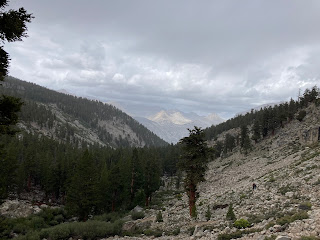 Less happy things done as well:  TB The Elder's initial obituary written and waiting to be posted along with a picture when I get the word from the Funeral Home, funeral arrangements more or less made (writing and contacting left), burial arrangements made.
It really has been a month, more or less.  And yet, things will not be the same. 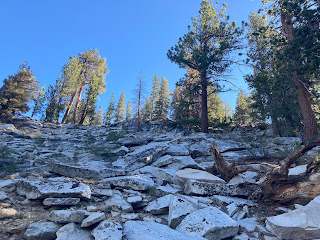 Things happened within that month - not just the obvious thing like losing a parent and being faced with the reality not of only of my own mortality, but that of the future. Things like, for the first time, starting to make really decisions about what and when relocation would look like, and what it would take to truly be at The Ranch and hold the property. Things like what happens when one achieves a difficult physical goal, proving that one can do such a thing - and what that really means for everything else that somehow "seems" unachievable right now.
And the plethora of items that fill one's life consisting of the flotsam and jetsam of things that eat one's time, but do not really matter. 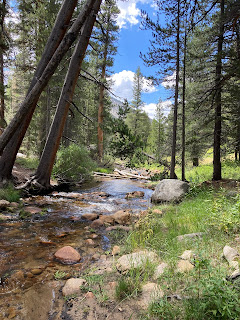 Something happened out there on the trail, something that I cannot yet quantify but I need to.  The world is going to come screaming back at me tomorrow, trying to fit me back into its mold of before I left.  I am working to implement the decision that this simply cannot happen - because there is not going back.  Something happened up on that peak and over those miles, something that separates me from the person that entered into the wilderness.  Somewhere down in this morass of a personality is the diamond hard initiative that literally pulled me up to the summit because I said I was going to do it.
There is indeed catching up to do and be done - but there is also an outpacing of the world that would simply view this as "a nice climb" and encourage me to get back into the chrysalis. 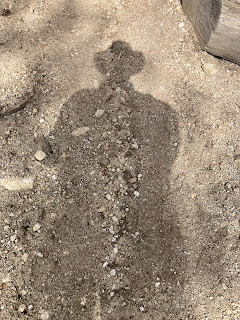 Except, of course, that the chrysalis is rent apart.  There can be no return.  In that sense, hopefully, I have already flown.
Posted by Toirdhealbheach Beucail at 2:00 AM