Fort McHenry is located at the mouth of Baltimore Harbor in Baltimore, MD.  A pentagonal coastal defense fort, it is known for its defense of Baltimore on 13-14 September 1814 during the War of 1812, when the fortress sustained a 25 hour attack by a British fleet under Vice-Admiral Cochrane with rockets and mortars.  The fleet was trying to get into Baltimore harbor, the only port in the then-US which had not (to date) been occupied or attacked by the British in the Revolutionary War or the War of 1812. 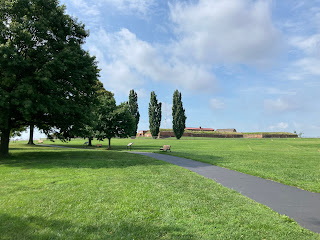 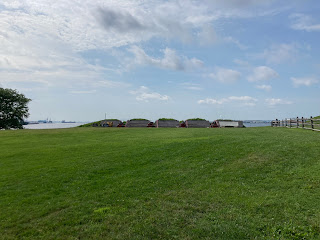 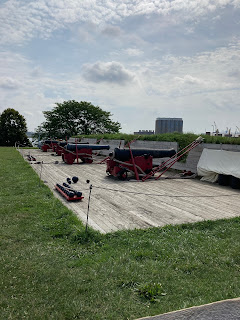 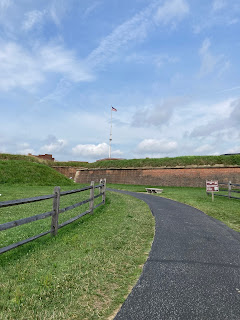 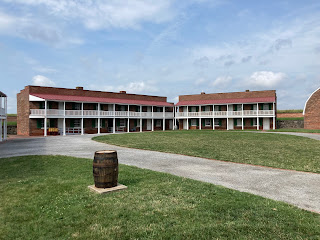 At the end of 25 hours, the British fleet retreated, having been unsuccessful at breaking the fort.  To celebrate the event, the commander of Fort McHenry, Major George Armistead, broke out the garrison flag, 30' by 42', with the then-current 17 stars and 17 stripes, to indicate the American victory.  A young lawyer detained by the British after a prisoner negotiation, Francis Scott Key, was onboard during the entire bombardment.  After the battle, he composed a poem - and the rest, as they say, is history. 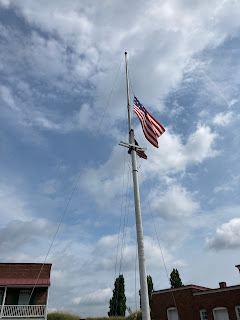 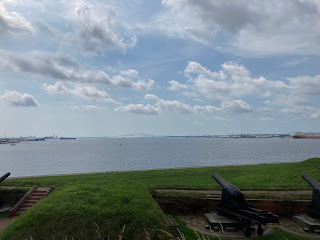 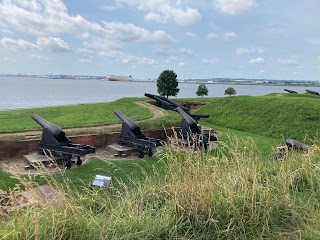 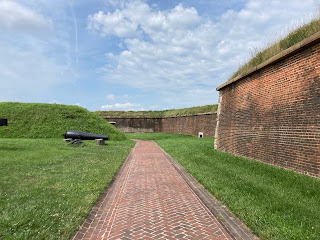 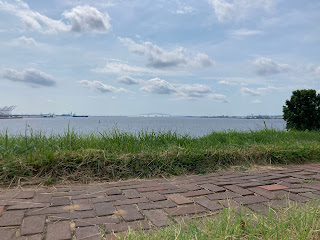 By national decree, the fort is a National Shrine (the only national shrine in the United States) and as such, the flag has been decreed to fly above the fort every day of the year, 24 hours a day. 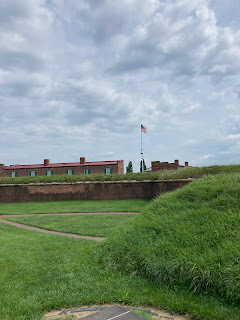