Vacations That Change Us

Ed over at Riverbend Journal has been re-publishing a series he wrote some years ago about taking a trip in a dory down the Grand Canyon.  It is a well written set of writings (with pictures!), and certainly brings up memories of my own trip last year.  As I continue to read into his saga, what becomes apparent (to me at least) is that for him, this was the sort of trip that was a life changing experience, not just an "average" vacation.

Which brought another question to my mind:  what life changing experience vacations have I had?

In some ways all vacations are somewhat life changing, even if in the sense that after one completes the vacation, one feels a little more relaxed and stress free (Hopefully.  There is nothing worse than coming back from a vacation and feeling worse than when you left).  And at least for me, I would argue that most vacations are enjoyable, but not the sort of things that I look back on thinking "I am different now than when I left".

But some were.  And so, in not really in any particular order (other than perhaps chronological), here are the vacations that actually changed me.

1)  Japan, 1978:  My vacations growing up largely consisted of two areas:  the coast, where we go camping, and Montana, where my maternal grandparents had a summer cabin.  So in 1978 when my parents took us to Japan, it was completely different (my maternal uncle was stationed there at the time).  Not only was it my first experience in a completely different culture (and as much as anything else, fueled my interest in things Japanese that is with me to this day), it was the year Star Wars came out in Japan.  There was nothing more amazing than being at the perfect age to appreciate the novelty of merchandise that was not at all available in the US.

2)  Japan, 1997:  My second visit, this time with The Ravishing Mrs. TB (as the saying goes, "When we were cool before we had children").  In this case we largely stayed with another relative (a cousin stationed in Japan).  We managed to make our way to some major cities - Tokyo, Kyoto, Nara - as well as north through Tohoku to the island of Hokkaido - completely on our own using the train system.   It was a great confidence builder, as well as the fact that we completely had to get by on my relatively bad Japanese and what English others knew. 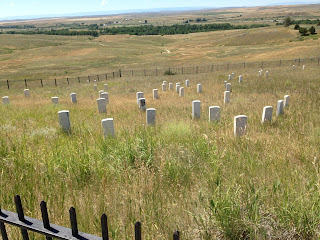 As mentioned above, we had made many trips to Montana growing up. What was different about this one was the fact that I drove with Na Clann from New Home to the Cabin (two day trip) without The Ravishing Mrs. TB (she had to work, so she flew up for a shorter time).  We went to many of the usual places we had always gone - Lewis and Clark Caverns, Yellowstone - but also places I had never been like Butte and Little Big Horn- which was immensely powerful to me and was one of those moments that history really "came alive". It was also one of the few times there was a driving trip that was just me and Na Clann. (Entries are in Late July/early August, 2016) 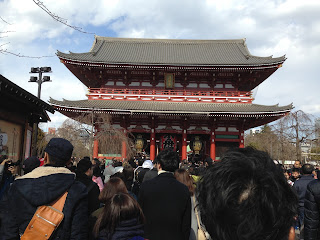 Specifically going to train at Katsuura in Iaijutsu.  This was the culmination of 9 years of practicing the art. Going to Japan to train with one's headmaster was both intimidating and amazing, all at the same time. And meeting other students from all around the world - and realizing that in a very real way, training in Iaijutsu was not being "alone" no matter how isolated the dojo seemed - was an experience I had never had before.  I have been back to train in 2019 and 2020 (before The Plague, of course - hopefully next year!), but there was something about that first early morning, stepping into the large dojo with the temperatures in the mid forties, that can never be replicated. (Entries are in February, 2018) 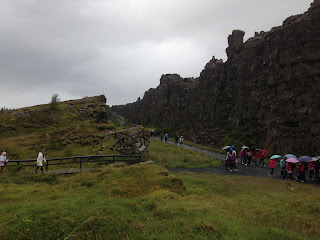 Going to Iceland was the culmination of a interest that had occurred in the late 1980's, when I read the book Njal's Saga and was deeply moved by it; almost 30 years later, I finally got to go.  Beyond just seeing historical locations, like standing at Þingvellir  (the traditional Icelandic Parliament location from 1000 years ago, and where Njal himself spoke), the views are such that one cannot help but leave changed by the desolation and emptiness. (Entries are in September 2018) 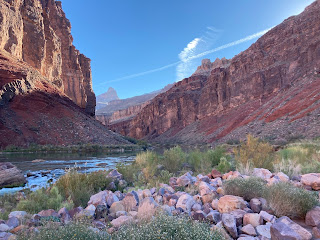 If you had told me that I would hike down and back out of the Grand Canyon prior to 2021, I would have laughed at you.  Long and hard.  But having done it, I realized that a great many of the proscriptions and limitations I feel are simply  proscriptions and limitations that I put on myself rather than anyone else putting them onto me.  I certainly left there with a greater sense of self confidence. (Entries are in November 2021)

What were the vacations that changed you?

Email ThisBlogThis!Share to TwitterShare to FacebookShare to Pinterest
Labels: Changing My Life, Thoughts