The Ranch: A Primer

The Ranch - subject of many of my posts and a rather great deal of my plotting - is an approximately 90 acre property located in <undisclosed location>.  It is a smaller subsection of a larger piece of property that was purchased by my great aunt and uncle and used (then) as a working cattle ranch. The land, or at least the portion of the land, has now been in our family for approximately 75 years. 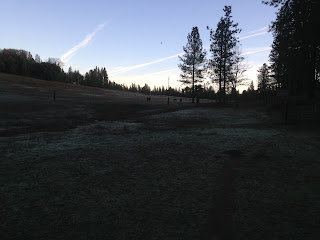 The property itself is a mix of woods (oak, pine, cedar, madrone) and an open series of pastures that run down the effective middle of the property and are somewhat unoriginally known as the Upper, Middle, and Lower Pastures.  They have been called this longer than I can remember. 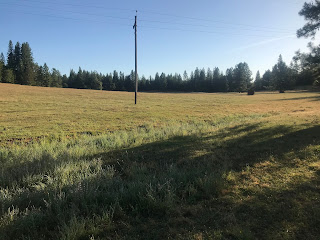 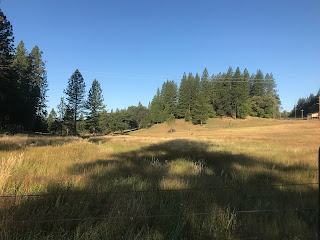 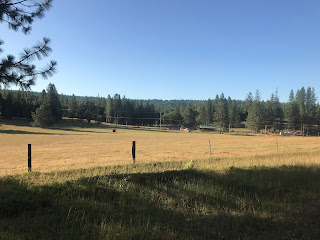 The property itself is somewhat removed from the nearest mid sized town by 15 miles and is outside the limits of a much smaller community.  In terms of neighbors, there are few:  my aunt and uncle who live above the property in the original ranch house and a more recent (20 years +) home at the end of the driveway.  Other than that, it is essentially surrounded in a bit of a bubble. 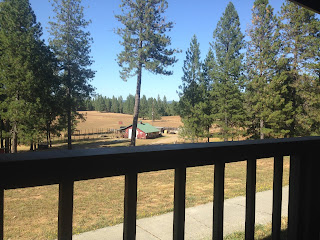 My parents have lived there for almost 20 years, having built a home there (deck above) as well as the barn (seen in the picture above).  My father spent a good many years clearing the property of smaller scrub brush and trees, doing his best to reduce the risk of fire in the area. 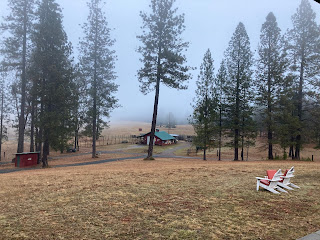 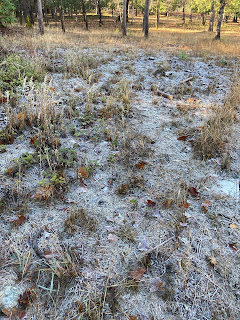 There are cattle there again, kept by The Cowboy and his son, who have been keeping them there for 16 years or more along with horses - so in a sense it is a working ranch again, which always made my father happy. 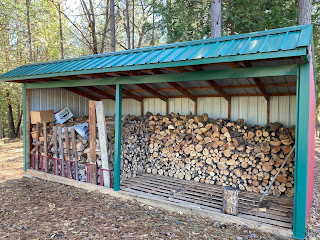 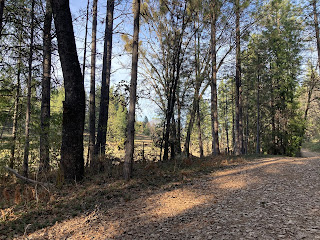 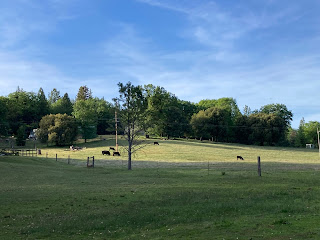 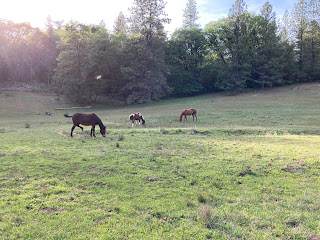 That we know of, the property is either the home or traversing point for deer, jack rabbits, turkeys, kildeer, quail (although much less frequent than they used to be), hawk,  bear, bobcat, fox, coyote,  mountain lion (I have never seen one, but the Cowboy's son has), frogs, turtles, gophers, moles, rattlesnakes,  skunks, and a bevy of lizards. 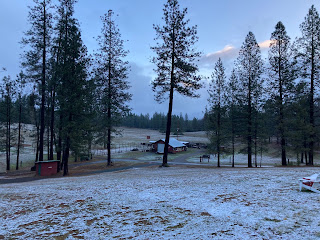 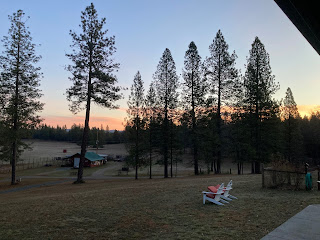 This place is the center of my universe.  This is a place where - still - one can walk and hear nothing but the wind through the trees all day.  If God were to speak, he would speak in such a place.

We do not live there now, having had to move in The Great Hammerfall of 2009, but I have been able to return more frequently during the last year due to working arrangements from The Plague. 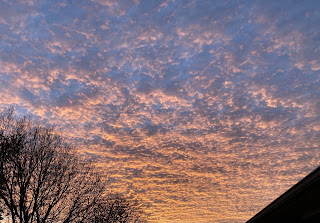 If you were to ask me my one purpose in live, it is to steward this property.  Not, ultimately, for myself.  Because places like this are becoming rarer and rarer as we buy up and build up the natural world around us in hopes of spending "more time in nature" and bending nature to our will.
How I will do this, when this will become the full time gig - all of this is in the air at this point.  For now, I go when I can and try to do the best to manage the legacy now passed on to me from my Great Aunt and Uncle and my parents. 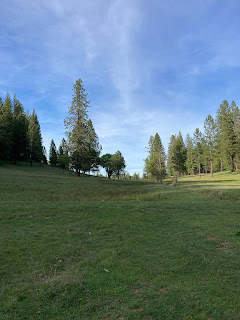