Building A Gate: Setting The Gate

So when we last left our hero, he was staring at posts without a gate: 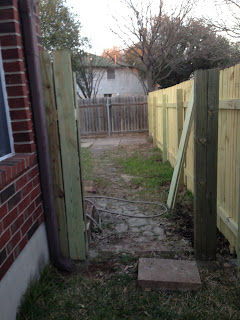 First this was to add boards to the outer posts: 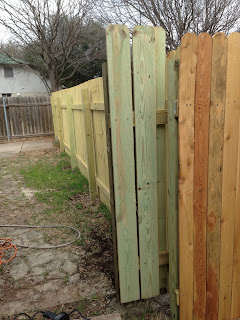 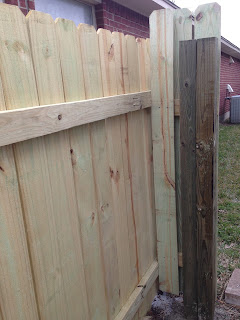 Next it was gate building time:  First job is to lay out the frame: 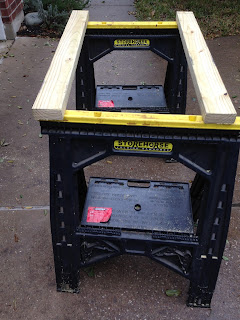 Next I lay the fence boards out and start attaching them.  Screws and a power drill make it go quickly: 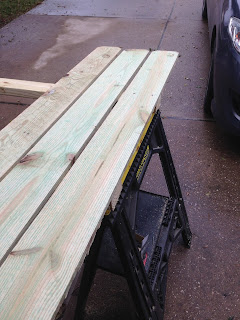 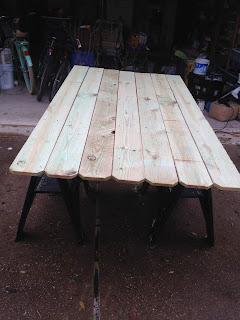 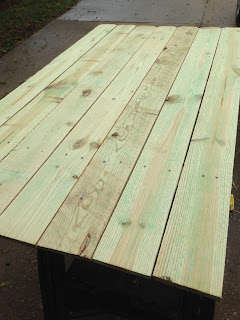 I debate about doing a cross bracing - but I have the wood,  why not?  How to cut it - a miter box, of course! 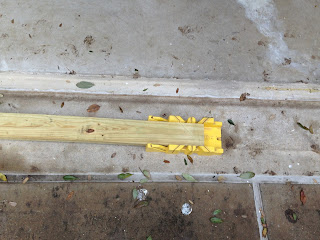 Attached, it looks quite professional. 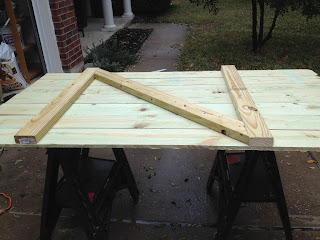 Now I am ready to attach the gate - but find my first difficulty.  The hinge is supposed to go on the posts, not on the boards.  Now, the extra cost of the screws is a wise decision.  Simply unscrew them and the posts are exposed: 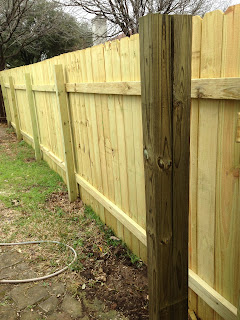 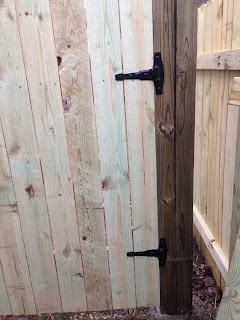 But now I have a separate problem:  The weight of the gate is all on one post: 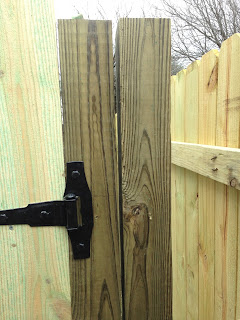 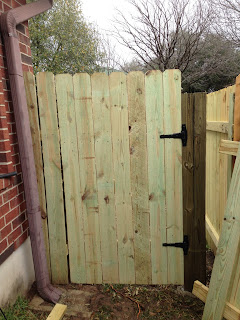 And now the latch: 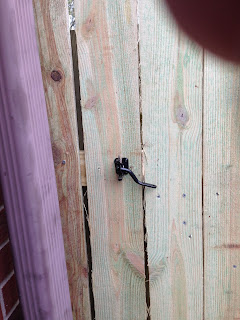 Whoops!  The latch is below the level of the cross beam: 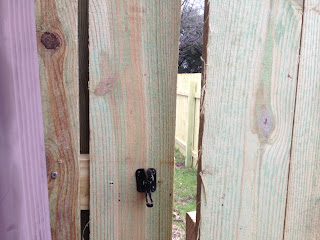 Fortunately a little redneck engineering and we are moving forward again: 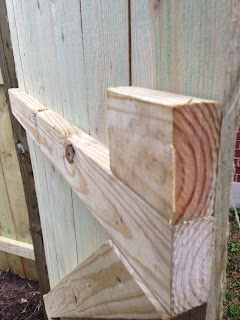 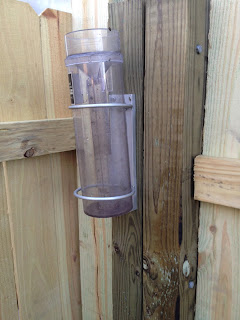 And....a working gate! (but maybe not a working video - I cannot tell from the preview.  Apologies if it does not. 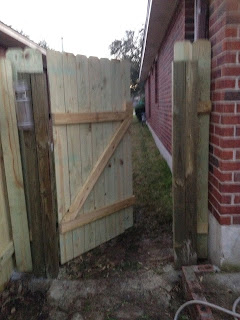 So was it worth it?  The new fence to the side cost $25 a foot, plus disposal costs.  I had about $120 in materials into the project.  Total time was 11 hours - although to be fair, I was working alone and was not on a particular schedule.  The last 2 hours were the worst, as I had to do a series of readjustments to the cross beams and latch to make the gate close properly - that re-jiggering that tells you that you probably did something incorrectly.

So I probably saved a little money.  But like my adventure with the sink, the ultimate value here is not measured in time or money.  I have never before built a gate.  Oh, I have done parts of it, like post setting or building something from wood.  But I have never done something of this scope or this size on my own. And I did it - maybe not quite as cleaning as I had hoped for, but successfully.  So I can call someone if it happens again - but I also am content knowing that I could do it if I had to.

Meanwhile, on the other side of the yard: 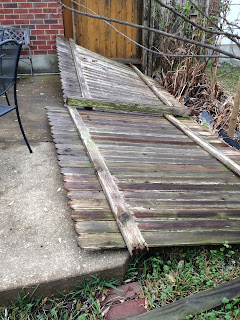 Sigh.  Other neighbor is looking for fencing companies...
Posted by Toirdhealbheach Beucail at 4:00 AM